Get all the latest news direct to your email

All the latest news direct to your email

Britain’s “King of Comedy” Roy Chubby Brown travelled to Blackpool on August Bank Holiday to officially open The Joe Longthorne Museum in honour of his great friend! The museum is stunning, and a visit is a walk through the career of Joe with tributes from some of his most famous peers with Roy Chubby Brown leading the way!

Roy is also leading the way in theatre land by performing at North pier’s “Joe Longthorne Theatre” every Saturday throughout September & October starting on 12th September! 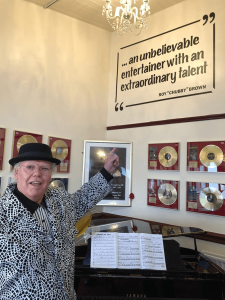 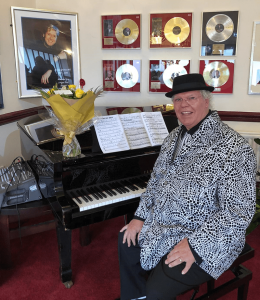 You can catch the show here 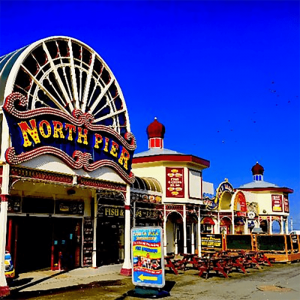 Thanks to a lot of support and some common sense from the government, Roy Chubby Brown paves the way as he returns to Blackpool at The Joe Longthorne Theatre on North Pier. The reaction amongst the public and Roy’s fellow artistes has been fantastic and albeit a socially distanced event we are sure it will work and hopefully as we progress from week to week things could improve and we may be able to offer more seats. The venue is totally safe, immaculately clean and temperature checks will take place as well as one way movement in and out of the theatre. Masks are required! Those who don’t have a masks on arrival will be able to purchase one on the way in and the audience will leave through a completely different door on the way out! The pier will be right hand in and right hand out and the rest will be up to the King of British Comedy and his audience to make history and make it a night to remember! Do not miss the chance to welcome Chubbs back were he is happiest “on stage”.

Stop your sobbing about controversial comedians

ROCK legend Chrissie Hynde believes that cancelling politically incorrect comedy shows is “destructive” because they are an accurate reflection of their time and the context.

The Pretenders singer said that in the future people will not be able to understand our cultural history if broadcasters remove sketches from the past now thought to be inappropriate.

The 68-year-old argued that comedy shows reveal “the conversation people were having at the time” and censoring them in the wake of the debate triggered by the Black Lives Matter movement is counter-productive.

The American star’s comments come after the BBC and Netflix removed the series Little Britain – which featured sketches with characters in black face – from their services available via streaming.

Netflix also removed The Mighty Boosh and The League Of Gentlemen for the same reason.

Hynde, whose first UK hit was Stop Your Sobbing, revealed she finds blue comedian Roy Chubby Brown funny, but joked that saying so meant a lot of people will not speak to her because they find him politically incorrect.

The star is frustrated that people don’t understand what comedy is, arguing that comedians are just trying to comment on society.

Speaking on the Headliners podcast, she said: “First of all you have to understand that it was comedy and the people who are doing it are making a statement.

“They are usually parodying something or they are making a comment on society.

Speaking about cancel culture and political correctness, she said: “It’s a shame really because you are missing out on a lot of comedy.

“There are comedians like Roy Chubby Brown and people wouldn’t say he’s politically correct. But he’s funny. Well, in fact, a lot of people won’t speak to me now because I said that. But I like him.”

Hynde said cancel culture hinders our ability to get a realistic view of history and learn from it.

She said of political correctness in TV shows:

“If it wasn’t cancelled at the time, then it becomes part of history and that was the conversation people were having at the time. “If it’s cancelled now you’re not getting a very good picture of what your history is.

“I think there’s something about it which is destructive so far as if you’re trying to find out the truth about human behaviour and how we are supposed to be behaving, I don’t think cancel culture helps. I think that goes the other way.”