Welcome to a brand new era for the legend that is Roy Chubby Brown. Roy loves his family, loves his crew, loves his fans and loves to make people laugh! He is one of the country’s top comedy writers and has produced 2 days of live material on his live show DVD’s.

I have never met anybody in show business who works as hard on his art as Roy does. If he’s not writing comedy he’s writing songs or books or agreeing to contribute merchandise and show tickets to hundreds of charities throughout the UK!

Roy shocked the BBC in a different way recently when a new generation of TV presenters and producers were delighted so much by his professionalism that Look North almost became the Roy Chubby Brown Show.

Roy is packing theatres and his amazing energy and he is never happier than when he is on stage! He adds material to his show on a daily basis and goes through more material than any other entertainer on the planet.

His energy is amazing after a fantastic 50 years as a solo act, so here’s to another 50! Arise Sir Royston Vasey, I am proud to be your manager!

During lockdown Roy has done more than any other artiste to keep peoples spirits up. He has written over 100 blogs, produced over 30 video logs, written a song ‘when you lose someone you love’ which has touched millions of hearts, and streamed a 2 hour special to raise money for front line charities as well as his own Cancer charities! We have had over half a million messages of thanks from grateful fans old and new! 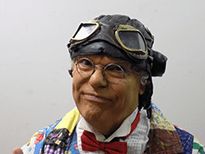 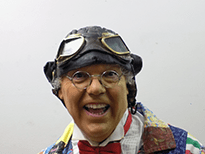 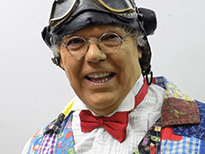 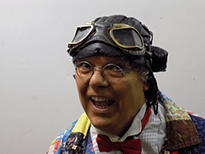 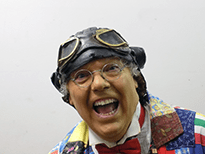 SOME WORDS FROM THE LATE GREAT KEN DODD

I’ve known Chubby Brown since – oh! and even before that! I’ve worked with him and he is a really good friend, a kind and thoughtful man, a wonderful jovial jolly jester who ‘does it his way’.

In the permissive society of today he is an acorn, sorry, an icon of good taste. In his brilliant high fashion patchwork suit and his super smile, he’s a true comedy hero. Superstar Chubby! There are many comedians in show business and the magnificent Chubby is right up there with all the greats. A joyful man, a clever man who knows his audience, his customers. He knows they are hungry for laughs and he gives them a good blowout, a banquet of barmyness, a feast of fun for funny folk – Chubby’s own special recipes of ribaldry, bed and bawdry!

In his cornucopia or comedy he doesn’t do satire, he gives you humour in technicolour, 50 shades of blue! He’s like action man, he shoots from the hip or thereabouts. They say he’s got charisma, (don’t you think it’s wonderful that he is still working with this complaint?)

A lifetime of laughter, when he was a small boy at school he spent so much time on the naughty step it raised him up and he discovered he could look through the letter box of life and today he tells it how it is.

Let’s hear it for Chubby! Give him a good clap!